KUALA LUMPUR – The Sheraton Move which witnessed the change of government from Pakatan Harapan (PH) to Perikatan Nasional (PN) has turned the Parliement into a political prostitution den.

The Member of Parliament (MP) of Pokok Sena, Datuk Mahfuz Omar made the allegation during the debate on the Constitution (Amendment)(No 3) Bill 2022 at the Dewan Rakyat today.

“Today, all Members of Parliament including those who jumped agreed that the Sheraton Move was a move without dignity and it turned the Parliament into a political prostitution den now.

“To me, the Sheraton Move started with the scheme of things, job offers and others,” he said during the Special Parliament Sitting today.

Mahfuz however agreed that the special sitting today is a new history for Malaysia as the government and opposition have agreed to reject party hopping among the people’s representatives which is likened to a political crime.

“Today, we are united that this action should be rejected and hated to ensure that it does not happen again. No more hopping. No more power coup. Seizing the mandate of the people. Do not offer and buy politicians.

“And, politicians should not surrender themselves to become political prostitutes in the country. It is important to have a clear law, a new act to ensure that this situation would not happen,” he said.

Mahfuz also wanted the Special Parliament Select Committee to identify if parties can combine to exit or form new coalition which can be regarded as hopping party.

“We need to see how we can overcome the coalition party issue, exiting one coalition when they contested on the name of the coalition. When they hop, they form new coalition. This should be seen as a betrayal of the people’s mandate.

“This is what I hope for. A new awareness. New political culture for us to avoid from being political prostitutes,” he said. 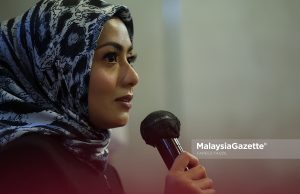