The following article is submitted to the editorial of MalaysiaGazette by Associate Professor Dr Hafezali bin Iqbal Hussain.

During the past two years, Malaysians have been allowed to make several rounds of withdrawals from their EPF savings. This was done via the i-Lestari, i-Sinar and i-Citra schemes which resulted in a total withdrawal of RM 101 billion by 7.4 million members.[1] According to EPF, this has resulted in 6.1 million members having less than RM 10,000 currently in their savings and a staggering 79% of them having less than RM 1,000 left consequently. Whilst this is not a new phenomenon, given that 28% in the pre-pandemic years already had critically low savings in their EPF account, the pandemic has only exacerbated the issue.

The current situation of low savings by a large segment of contributors highlights the limitations in distribution of net wealth. The issue can be explained by the ‘savings glut’, a phrase coined by Ben Bernanke in 2005 where savers in the top income brackets with excess funds were not spending the money but instead investing in greater proportion. Over time, the total savings would exceed the need for funds to spur economic activities and end up creating a savings glut.

To illustrate the matter, the level of total wealth to GDP ratio in Malaysia stands at about 1.87 at the end of 2020, based on estimations by Credit Suisse indicating a disproportionate supply of savings by those in the top income tiers.[2] In addition, it also paints a grim picture of inequality given that the median wealth is just about a third of the average wealth per adult in the country. EPF data further confirms this where less than 0.5% have more than RM 1 million in savings in their EPF and have more money than potentially the combined savings of the bottom half of members.

The figures lend support to the notion that the supply of savings exceeds the need of funds to create economic activity leading to a potential savings glut. Over time, as savings of those in the top tier keep increasing, the valuation of financial and non-financial assets would increase in disproportion to productivity. Thus, the inequality would keep rising as the increase in wealth would not generate additional economic activity which would allow participation by those in the bottom tiers leading to reduced disparity.

It is expected that in the post-pandemic era, the gap would further widen given that income inequality tends to increase post adverse shocks in the economy. Trends indicate that the income distribution in Malaysia follows a power-law pattern for the upper tails due to a surge in top wage earners over the years. It has to be noted that the disparity of wealth accumulation especially in the top 10% of income earners is a common phenomenon across many countries and not something which is particular to Malaysia alone. In fact, historical data points towards the top 10% driving most of the GDP growth in the country.[3] However, the disparity has largely resulted in the dire situation arising from the pandemic induced crisis. The situation has exposed the lack of social protection in dealing with adverse shocks in the economy, especially those who are self-employed or working in the informal sector.

Short-term relief measures such as direct transfers from a disaster relief fund rather than withdrawing from retirement savings would be a more preferable approach. This is especially true given that current projections indicate that Malaysia would become an ageing nation by 2030 and lack of savings for the golden years would eventually lead to a greater fiscal burden in terms of future healthcare costs and income security.

The long-term approach should be focused on resolving or at least reducing income inequality with greater participation in the economic pie by the B40 especially given that the poverty line in Malaysia has been redefined to RM 2,208 per household leaving more than 600,000 households below the poverty line by the end of 2020.[4] In the foreseeable future of the next 5 to 10 years, the government would need to consider providing means of social security for those within this group and retiring. This would ideally come in the form of non-contributory pension.

The longer-term and pressing issue would be to give opportunities to those with low incomes to close the retirement and pension gap. There are lessons to be learnt from the work of Nobel-Laurette Abhijit Banerjee who shows that a one-time economic boost via an influx of capital along with consumption support over a period of time allows greater social mobility and results in increased productivity rather than the misconception of it leads to laziness. In fact, it would lead to greater opportunities for the next generation of those receiving the boost as it allows access to better education and eventually quality jobs. The boost however has to be a big push and followed-up by support in terms of financial literacy and other life skills.

Associate Professor Dr Hafezali bin Iqbal Hussain is the Head of Research at the Faculty of Business and Law, Taylor’s University and a member of the Centre for Industrial Revolution and Innovation (CIR4I). Taylor’s Business School is the leading private business school in Malaysia for Business and Management Studies based on the QS World University Rankings by Subject 2021 edition.

i-Citra: I am not the Finance Minister – Najib 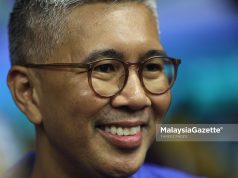 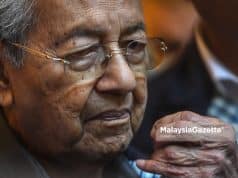 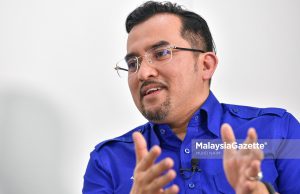