Home Opinion One for all, all for one

The following article is sent to the editorial of MalaysiaGazette by Hafiz Hassan.

THERE have been a lot of references to the Menteri Besar of Perak case (Nizar v Zambry) of late.

If one were to put Article 43(4) of the Federal Constitution and Article XVI(6) of the Perak State Constitution, it would not be difficult to see why.

Both are plainly similar. Lawyers will say both are in pari materia – on the same subject or relating to the same matter. The general principle of in pari materia, which is a rule of statutory interpretation, says that laws of the same matter and on the same subject must be construed with reference to each other. The intent behind applying this principle is to promote uniformity and predictability in the law. https://definitions.uslegal.com/i/in-pari-materia/

Therefore, based on the Federal Court’s decision in Nizar v Zambry, where the prime minister ceases to command the confidence of the majority of the members of the Dewan Rakyat, he may request the Yang Di-Pertuan Agong (the King) to dissolve Parliament.

If the King rejects the request to dissolve Parliament, it is incumbent upon the prime minister to tender his resignation and the resignation of the Cabinet.

It cannot be the intention of the framers of the Federal Constitution that it is open to the prime minister whether to resign or to stay in office. The word ‘shall’ must be given a mandatory effect, otherwise, it would lead to political uncertainty in the state. The prime minister cannot continue to govern after having lost the support of the majority, even on the pretext that there is no MP who commands the confidence of the majority of the MPs in the Dewan Rakyat.

To allow the prime minister to do so would be going against the basic principle of democracy. But, it is always open to him to bring a vote of no confidence against the appointed prime minister in the Dewan Rakyat or make a representation to the King at any time if he thinks that his successor does not enjoy the support of the majority of the members of the Dewan Rakyat.

So, it is not necessary for the King to remove the prime minister and the Cabinet members.

If the prime minister refuses, he is deemed to have vacated his office. The Cabinet members follow him.

One for all, all for one. 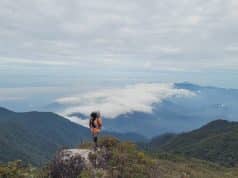