Home Highlights No all ministers have escort

KUALA LUMPUR – Only selected ministers and deputy ministers are given the police escort service.

“Besides that, as the most senior leader of the Royal Malaysia Police, the Inspector-General of Police is also granted the police escort service.

“For Deputy Inspector-General of Police, it would depend on the situation,” he told Sinchew Daily on the rumours that all ministers and deputy ministers under the leadership of Datuk Seri Ismail Sabri Yaakob would be enjoying the police escort service.

Hazani, however, rubbished the claims stating that only certain leaders would receive police escort.

“However, the previous government added four senior ministers and we also added officers to escort them,” he added.

According to him, the police also provide escort for foreign leaders visiting Malaysia and the royalties.

“The responsibility to escort the Minister of Defence is given to the Malaysian Armed Forces,” he said. -MalaysiaGazette 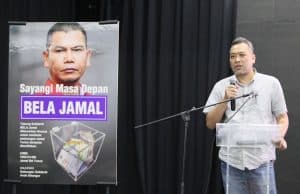