KUALA LUMPUR – The Titiwangsa UMNO Division Youth Chief welcomes the Cabinet’s decision in banning the export of chickens beginning June to ensure the recovery of supplies for the local market.

Its Chief, Datuk Nazir Hussin Akhtar Hussin said that it can reduce the chicken supply shortage as the country exports approximately 3.6 million chickens each month.

He added, the government will be criticised by the exporters who rake better profit in the overseas market compared to the local market.

“However, the government has no choice and needs to prioritise on the people.

“Understanding the fluctuations of inflation, the government has set the ceiling price for chickens at RM8.90 per kilogramme,” he said in a media statement today.

Two days ago, Prime Minister Datuk Seri Ismail Sabri Yaakob announced that the government will stop the export of chickens from 1 June. It is among the five immediate short-term measures taken by the government to ensure local supplies.

He said, ban will stay until the chicken price and production return to be stable and it must prioritise the needs of the people in Malaysia first.

According to Nazir Hussin, at the same time, the government has balanced the cost of the farmers by giving them a subsidy of 60 sen for each kilogramme of live chicken told to the local market.

Unfortunately, he said that some parties think that selling the chickens to the international market is more profitable and chose to export them, causing the supply shortage for the local market.

“Although the farmers and sellers have the rights to get more profit, with the current situation, they need to place the benefit of the people and the country first.

“The concerns of the Titiwangsa UMNO Division Youth Chief is that the Cabinet’s decision would fail to solve the chicken supply problem if the enforcement and surveillance at the borders are not strengthened.

“With the export ban, it is not impossible for the chicken cartel to seek backdoors to sell them abroad,” he said.

He added, the people often hear about cooking oil and rice being smuggled to the neighbouring countries, thus, it is not impossible for them to smuggle chickens too.

Thus, he hoped that the enforcers from the ministry, borders and ports to work diligently. -MalaysiaGazette 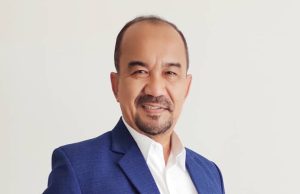